Santa Clarita Really IS The Safest Place To Live

I was doing some research for a client on crime today, and got carried away. Before I knew it, I had compiled a list of a dozen or so “famous” areas that most people should know by name and the crimes that have happened there in the last 3 months. I wanted to know if #SantaClarita remained as safe as it has been advertised for the last 6-10 years. My conclusion? Hell yes. 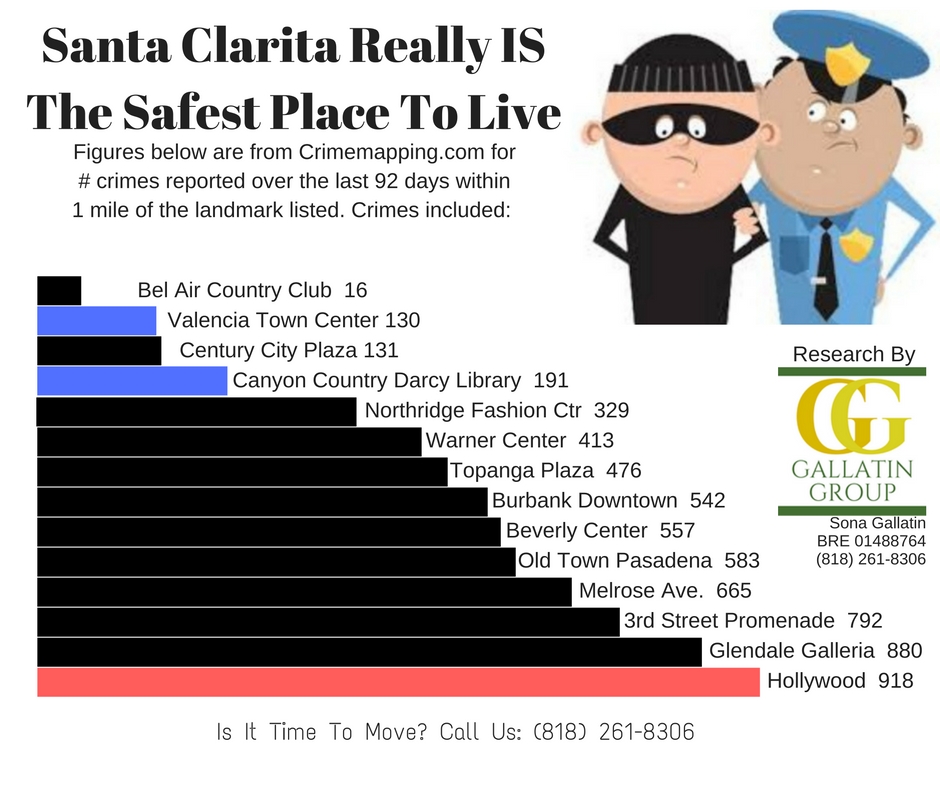 While I didn’t scour EVERY single possible locale, I grabbed 14 sizable city centers and had crimemapping.com draw a 1 mile radius around these places. I was shocked to see the supposedly revamped Hollywood still dealing with over 900 reported crimes over the last 90 days, just within that 1 mile radius. That’s 10 a day.

Santa Clarita’s Westfield Valencia Town Center has just 1/9th as many reported crimes, and #CanyonCountry to the east has 80% fewer crimes reported than the tourist heaven near Hollywood and Highland. While it didn’t place 1st in my ad-hoc survey, Santa Clarita certainly seems to have remained a comparatively safe place to live and raise a family. The only place that beat it costs 5 to 10 times as much to live in. (BEL AIR.)